Good morning everyone!
Today is Sunday so we decided to go to the church after having breakfast. We were surprised that there were about 14 different churches within a 5-miles-zone. That would not happen often in Germany. We drove to a church named “Generations Christian Church” and we were another time very surprised because the church was so huge. Another interesting thing was that there was also a very big kids area where children were in little groups, they could dance in a major room and do some other things. My two sisters stayed there, and my parents and I went to the big hall where the “normal” worship was happening. A band played music there and in this room were about 300 persons. It was a very nice service with also an interesting and good preach. The church was also very modern. They streamed the service and they had also many beamers that showed the lyrics of the songs and close up live footage of the band. After church we drove to an Asian Mongolian BBQ restaurant where we ate lunch, lot of lunch. Our next stop was the beach at Clearwater Beach. We thought that it would only take 10 minutes to get there but we drove 1h 30 min through the city because we didn’t find a parking spot. It was Sunday and a lot of tourists were also at the beach and that the reason why the beach was full of people laying on their towels at the beach or swimming in the ocean. The ocean wasn’t very cold, but we cannot say that the water was as hot as a Jacuzzi. This day also some heavy accidents happened. We got attacked by dangerous gulls which shot with their anal outputs. We stayed about 2h at the beach. In the evening we only went for quick dinner and felt asleep quick. 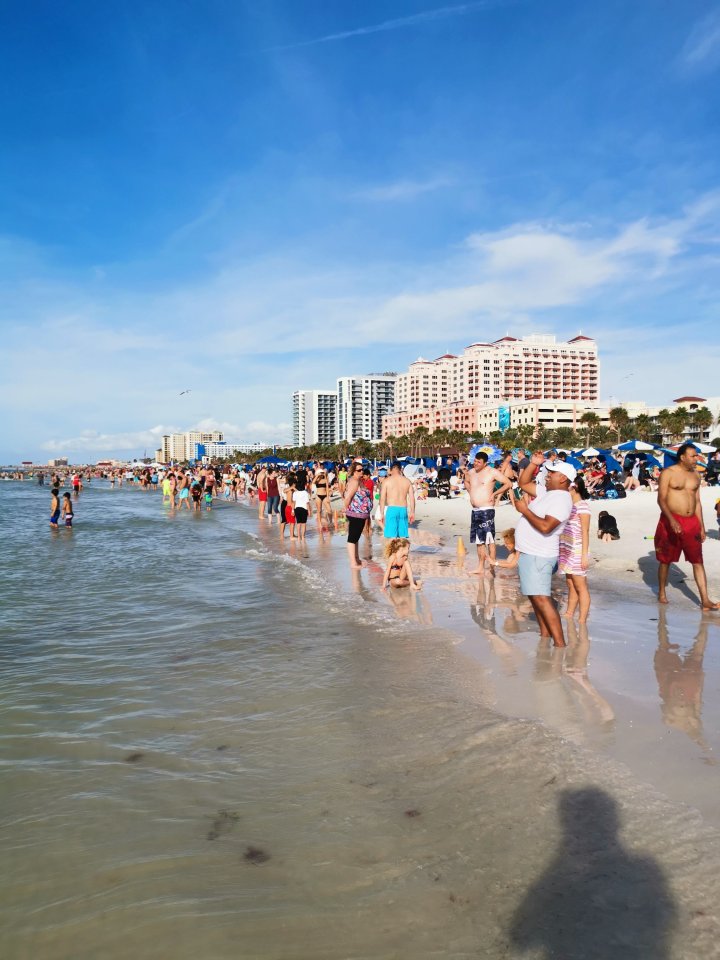